When we started Upside AI, our hypothesis was that technology will make better investing decisions than humans. This is because technology is unbiased and unemotional. Human experts, on the other hand, are asking you to trust their “gut/ emotions”, honed over decades of experience, to make the right calls and outperform their peers for you.

Then we read “Thinking Fast and Slow” by Daniel Kahneman, who won a Nobel Prize in 2002 for his work on behavioral economics, which has the following excerpt:

“Mutual funds are run by highly experienced and hard-working professionals who buy and sell stocks to achieve the best possible results for their clients. Nevertheless, the evidence from more than 50 years of research is conclusive: for a large majority of fund managers, the selection of stocks is more like rolling dice than like playing poker. At least two out of every three mutual funds underperform the overall market in any given year.

More important, the year-to-year correlation among the outcomes of mutual funds is very small, barely different from zero. The funds that were successful in any given year were mostly lucky; they had a good roll of the dice.

There is general agreement among researchers that this is true for nearly all stock pickers, whether they know it or not — and most do not. The subjective experience of traders is that they are making sensible, educated guesses in a situation of great uncertainty. In highly efficient markets, however, educated guesses are not more accurate than blind guesses.”

Has the world built an entire industry on the illusion of skill?

Are expert investors just “average”, and will display “reversion to mean” over time?

We went back and looked at the numbers in the Indian context. The Securities and Exchange Board of India (SEBI) has been publishing data for portfolio managers from 2013 on its website. We considered all managers from 2013-20 whose average equity exposure in a year is over 80%.

We started by asking ourselves: do the best performing managers (PMS) consistently perform better than peers over the years? In other words, can we predict how a manager will do in the future, based on past performance?

The short answer to these questions is a resounding NO and NO.

Irrespective of whether they are the best or worst managers in 2013, over the 8-year period, PMS manager performance consistently reverts to mean.

What we found is that all managers have good and bad years. The best and worst managers will end up in very similar buckets over time.

“It is clear that for the large majority of individual investors, taking a shower and doing nothing would have been a better policy than implementing the ideas that came to their minds.” 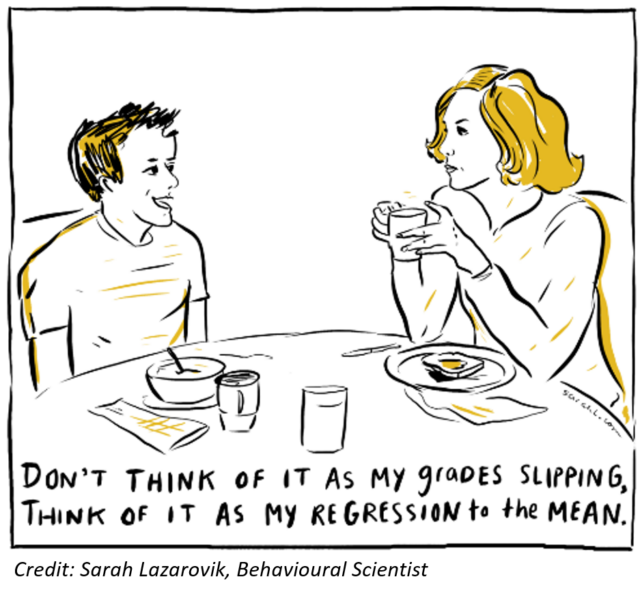 Where do we go from here?

Firstly, it is important to manage your own expectations. Human beings are, by definition, average because their “gut” or style of investing works in certain market cycles and doesn’t in others. Further, humans are all susceptible to the fallacies of bias and emotion.

Secondly, your asset allocation should include technology as a way to diversify away from human bias. Increasingly, we will have to lean towards technology because markets are changing too quickly for experts to keep up and adapt.

So, as you think about allocating money, don’t spend too much time on “past performance” of experts as it is definitely not an indicator of future performance. Instead, spend time understanding the differences in approach and how strictly the manager followed the rules he set, in good times and bad.